Cardography™ – Where It All Began Part 1 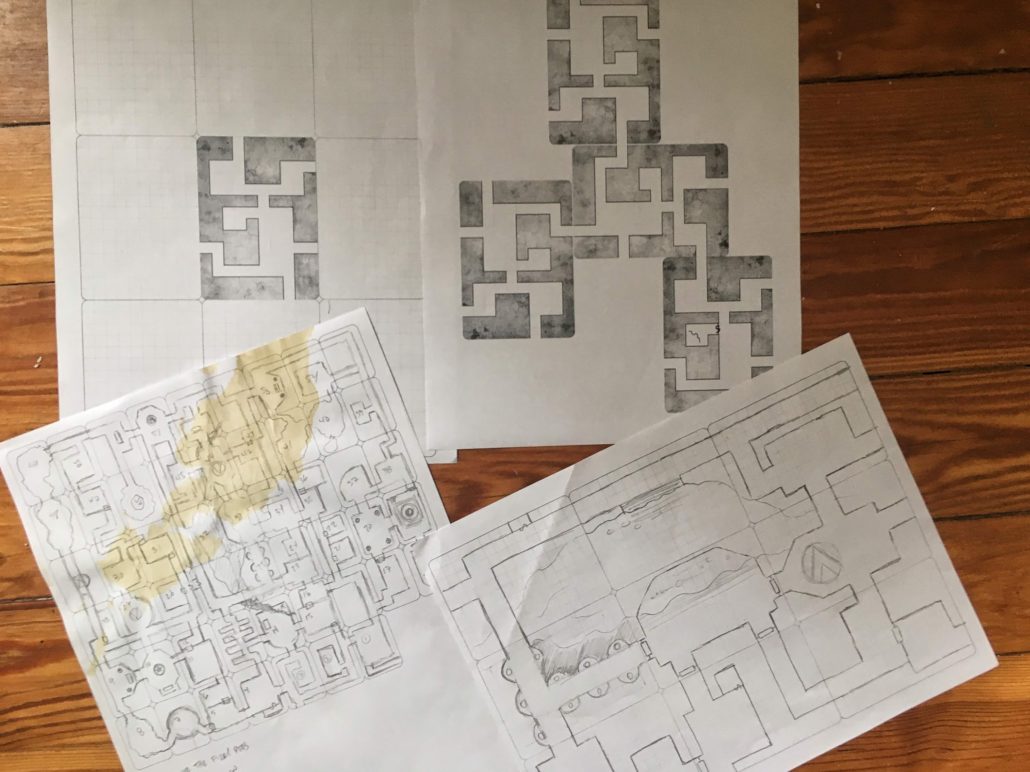 In November of 2017, Drew from Norse Foundry and I were bouncing ideas back and forth about projects we could collaborate on together. As we were talking, I mentioned a dungeon in a deck. It really struck a chord with me, and I knew it was something I had to pursue.

In no time I’d put together a proof of concept in Illustrator to see if the cards would work when placed together on a table in multiple ways. The very first version (not pictured) had much larger squares, but I wanted each deck to feel like a really epic dungeon. In order to really bring them to life, I knew we would need to fit more on each card. On the 17th I emailed off a pdf of the greyscale printed version, and immediately started drawing out the first dungeon Enter the Fiery Pits.

Three days later on the 20th, I had completed the first full version in Illustrator. 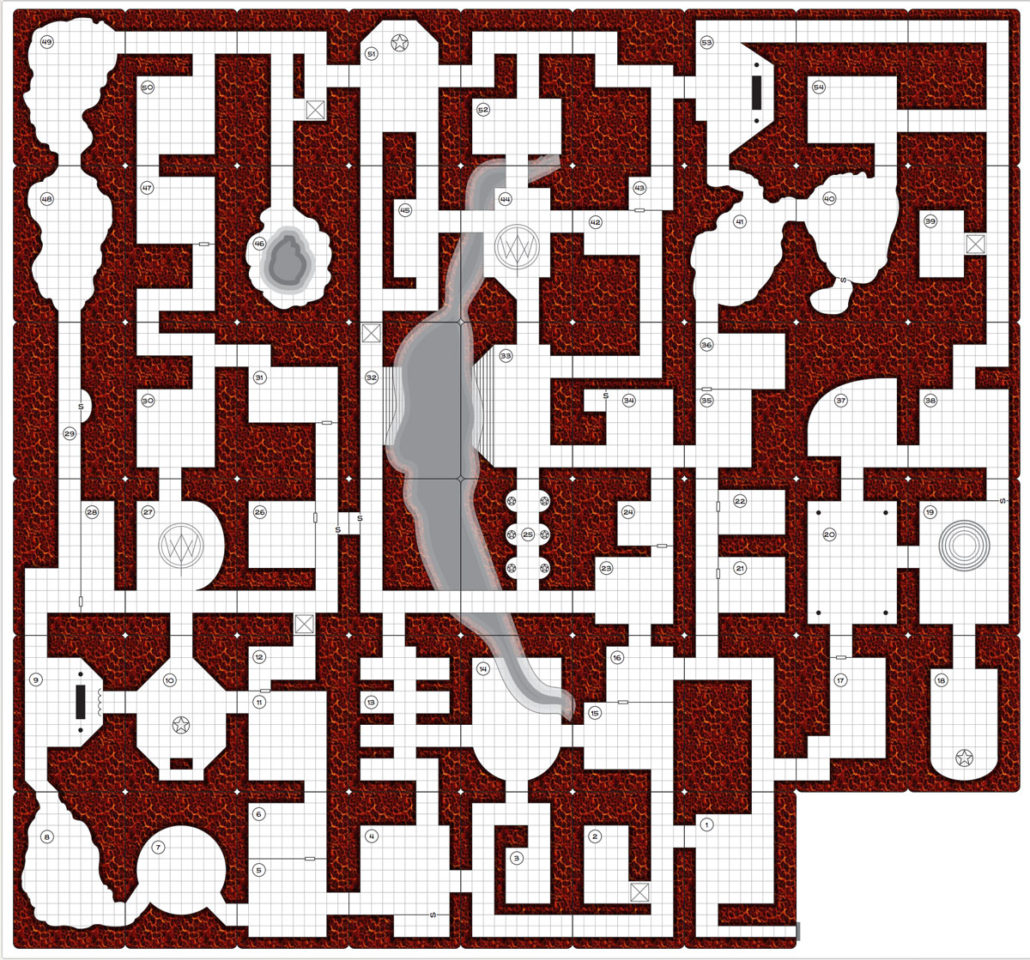 Now I know most folks don’t move this fast, but when I get the momentum going on a project I find ways to bend space and time. Just about two weeks from the initial full layout, Drew had already started laying the foundation for a deal with RPG Crate. Because of this we were able to push through with concepts for three more decks!

To help get the deck into RPG Crate, I created a sell sheet to make the product look as finished as possible. The cover art was only for placement. The cards are nothing like they look today. It hadn’t even been named Cardography yet, we were still calling it Cartography Cards. 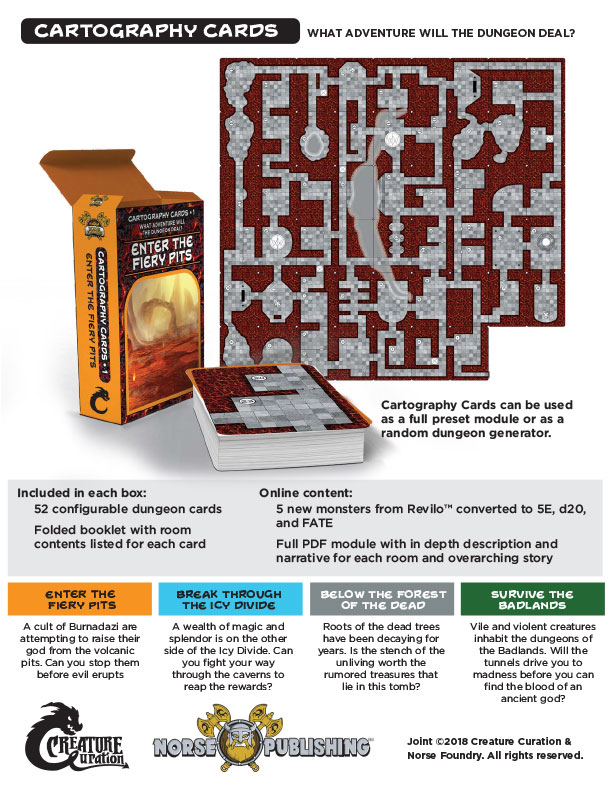 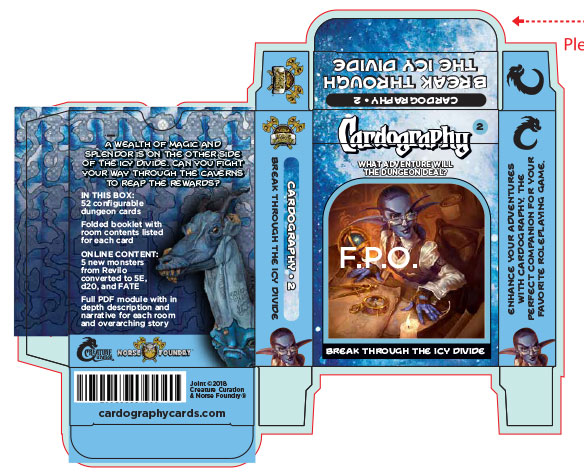 On December 12th, my wife Kerry had the idea to name the project Cardography instead of Cartography Cards. I couldn’t believe that hadn’t occurred to me!

The next morning I started exploring what the packaging could look like with the new name. I loved it, and was thrilled that it worked so well with our concept.

Keep in mind we had been working on this project along with all of our other work. We had really come a long way in less than a month.

Somewhere right around then Drew gave the push for the floor tiles to be in color and for different elements to be drawn for specific rooms. I totally resisted at first (mainly because I knew that kind of illustration is not a strength I have). When he mentioned getting Norse Foundry’s artist Ventura to do it I was all for it, especially once we started putting all the pieces together!

When the cards went full color with elements on them they really started looking finished.

On December 14th I realized that in order to get all of the decks created, the adventure modules completed, still do my day job, sculpt, and work conventions; I was gonna need some additional help. I reached out to my friend Nelson who had been playing in my Revilo based Fate Core game to see if he would want to do some writing.

Nelson was extremely excited to join in, and I quickly passed off the Fiery Pits to him. By late January we had samples of the first two decks in from a quick online printer. 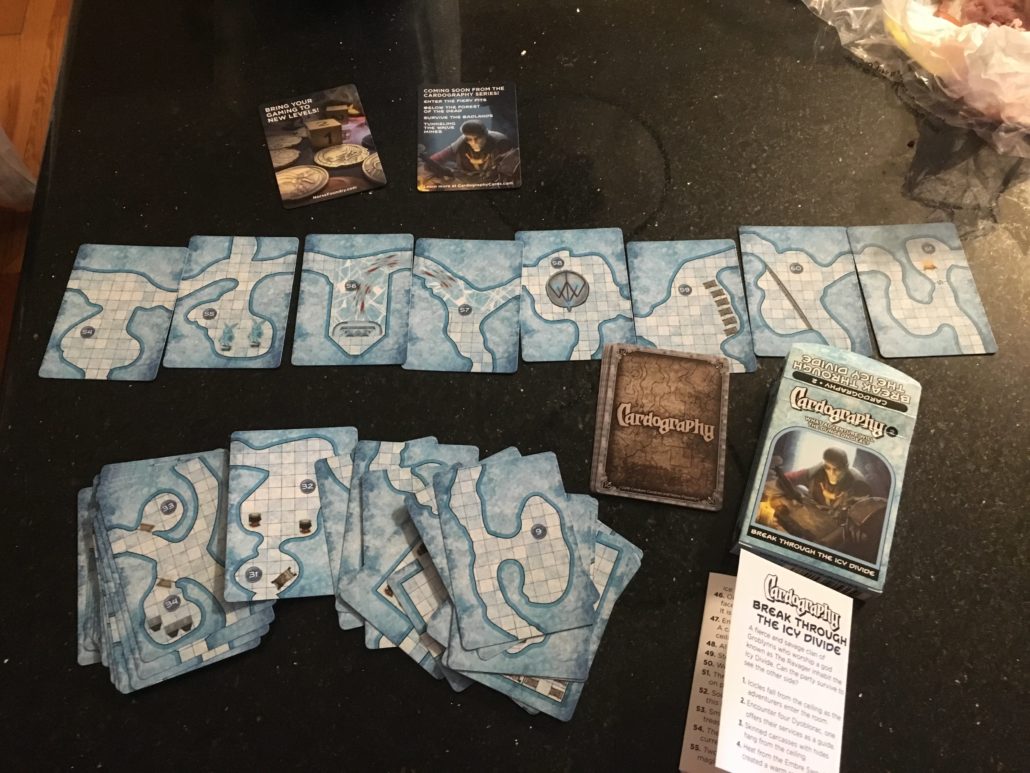 That’s a good place to end this installment. In the next chapter you’ll learn more about the rest of our amazing Cardography team: Isaac, Kerry, Carey, and Doug!

Want to join the discussion?
Feel free to contribute!