Getting my Groove Back 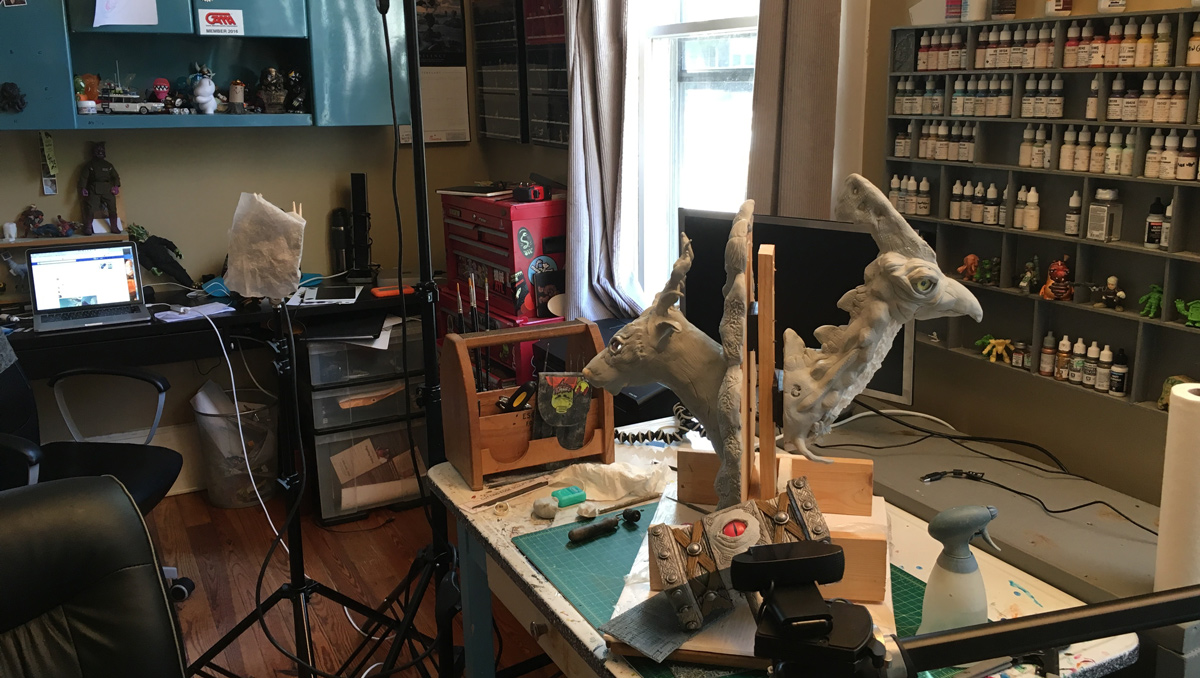 Of Schedules & Keeping to Them

2016 has been a great year to propel my creations forward. In 2015 I really felt like I was easing back into art (after taking practically 3 years off). But this year I’m giving myself the kick in the ass that I’ve been needing. One of the things that is really ramping up the number of pieces I make is sticking to a schedule. Now keep in mind that I work full time. If I didn’t I’m sure things would be different and I would be churning out all sorts of critters every week. Until that changes my newfound schedule will keep me on the straight and narrow.

Because I am live streaming now three times a week it forces me to sculpt and paint those three days. In just over a month I have created The Hrahzul, The Basalites, Hammer of Grunthar, painted a bunch of pieces cast from molds, and almost finished three more taxidermy beasts! That all started on September 26.

It’s also motivating me to work on the stories (during unscheduled times) that go along with my creatures. Each of the sculptures has so much personality when they are done, it adds so much additional depth anchoring them to my fantasy world of Revilo. It’s also been fun brainstorming about the creatures with folks who are watching my streams. A lot of good ideas have been generated by my new twitch friends!

If you find yourself in a slump try giving yourself a schedule. Forced creativity may seem hard at first, but hopefully it will work for you like it did for me!

Of World Building and Glimpses into the Future
Scroll to top

We are at PAX Unplugged. All orders will be shipped Dec. 6th Dismiss